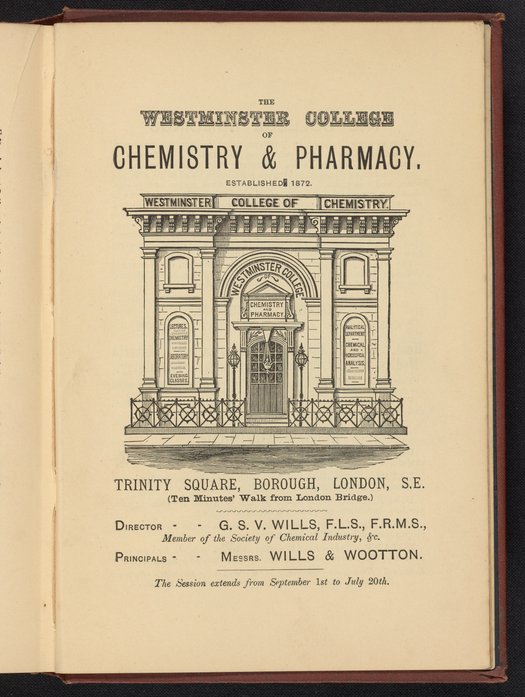 Advertisement for the Westminster College of Chemistry and Pharmacy with illustration of the school's building.

Authored by George Sampson Valentine Wills (1849-1932). Wills was the founder and Director of the Westminster College of Chemistry and Pharmacy in London. The school was established in 1872 to train druggists for examinations by the Pharmaceutical Society of Great Britain, the regulating body established in 1841.

Westminster College of Chemistry and Pharmacy