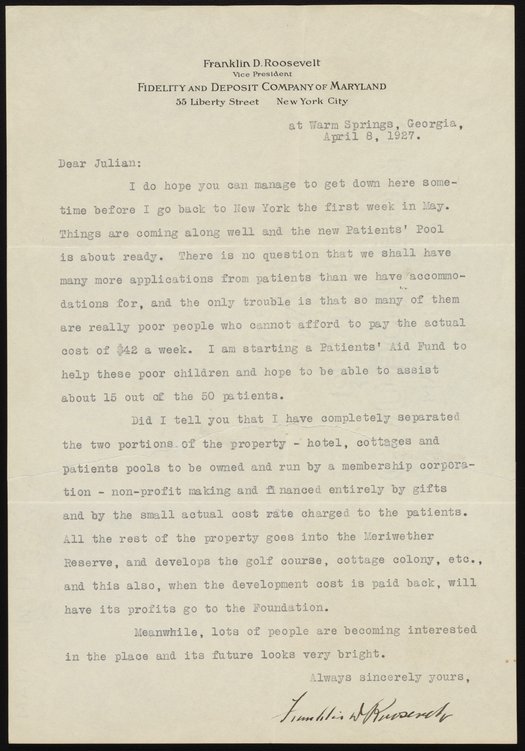 Typewritten letter from Franklin Delano Roosevelt (1882-1945) to Julian [Goldman] detailing his plans for the creation of a polio rehabilitation facility in Warm Springs, Georgia, as well as the creation of a Patients' Aid Fund. Following his first visit to Warm Springs in October 1924, Roosevelt purchased the Meriwether Inn and 1,700 acre farm surrounding the resort in order to develop a hydrotherapy rehabilitation facility for polio patients. The facility subsequently became the Roosevelt Warm Springs Institute for Rehabilitation (RWS) and, following the invention of the polio vaccine, redirected focus to inpatient rehabilitation for amputees and people recovering from spinal cord injuries, brain damage, and stroke.

This letter was written during Roosevelt's tenure as Vice President of the Fidelity and Deposit Company of Maryland. Roosevelt would go on to serve as the 32nd President of the United States from 1933 to 1945.