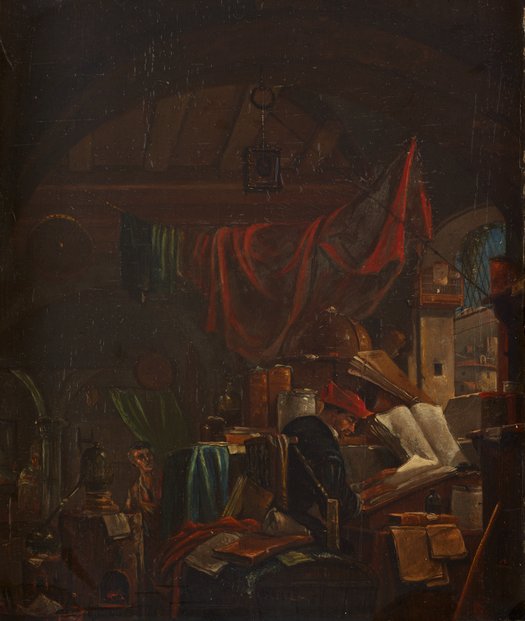 An alchemist reads a large book, seated in a cluttered laboratory with drapery-strewn arched ceilings. The scene is illuminated by the glow of daylight from an open window. His desk is piled high with open texts, folios and notes. In the left foreground an assistant performs a distillation experiment over a portable furnace.

This painting is currently attributed to Thomas Wijck and it includes many of his signature compositional elements, including the large red draperies, the alchemist figure seated at a desk, and the female figure in the distance at the far left. However, the treatment of the figures and the light and shadow are a little stiff compared to Wijck's other paintings and this work could also be by an artist following his style, which was very popular during the late 1600s.

Alchemist in His Studio