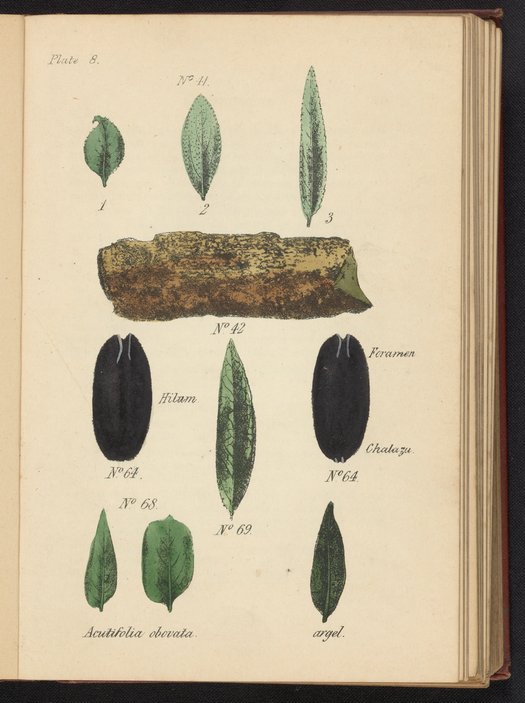 An Illustration printed in color of various leaves, a bark, and seed. No. 41 is Buchu Folia, No. 42 is Cuspariae vel Angusturae Cortex or Angustura bark, No. 64 is Physostigmatis Semen or calabar bean, No. 68 is Senna Alexandrina, and No. 69 Senna Indica.