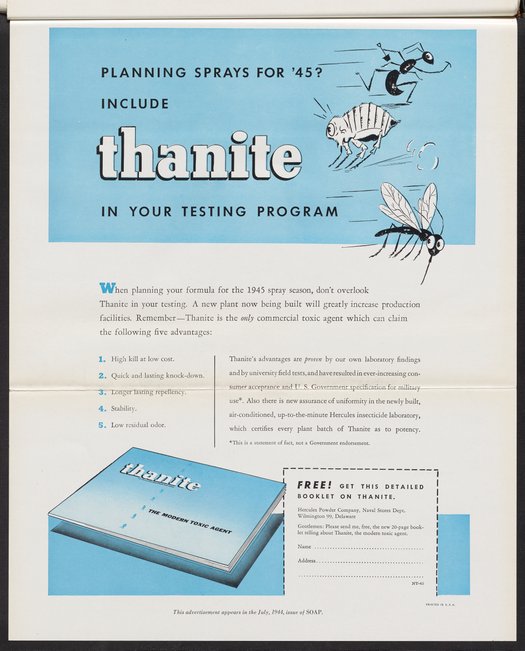 Planning Sprays for '45? Include Thanite in Your Testing Program