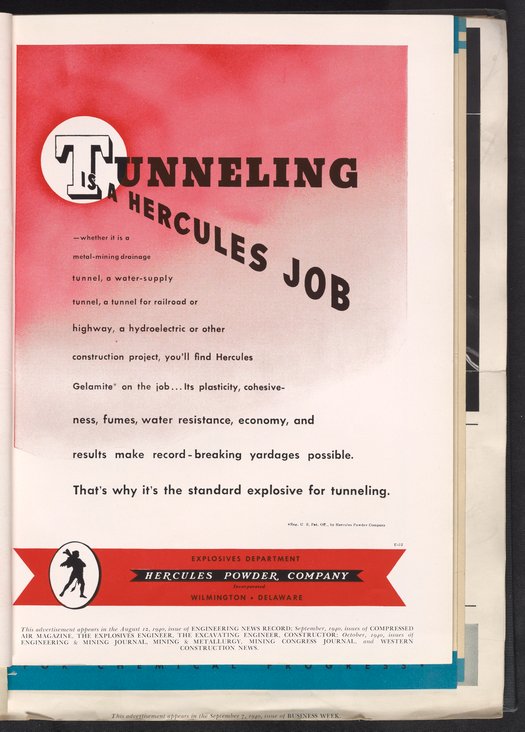 Advertisement for Hercules Gelamite, a semi-gelatin explosive manufactured and sold by the Hercules Powder Company as a standard explosive for tunneling and metal mining.