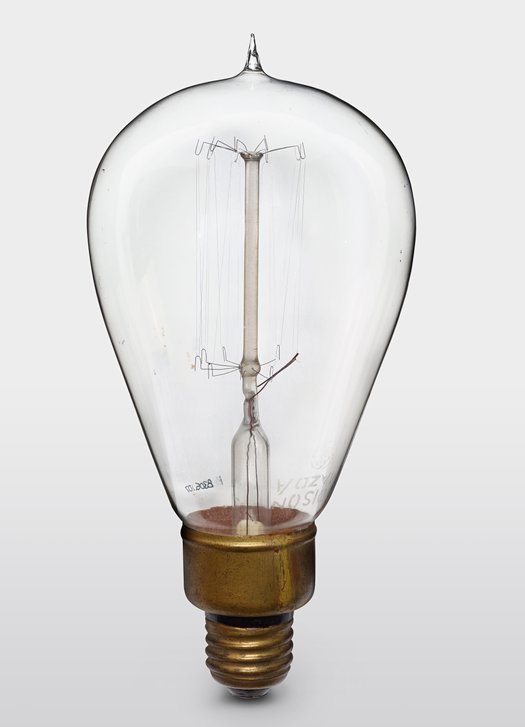 Incandescent light bulbs or lamps provide artificial light via incandescence. A current is passed through the thin filament, causing it to heat up and emit light. The glass bulb helps to prevent oxygen in air from reaching the heated filament, which would otherwise rapidly disintegrate due to oxidation.

First invented by Sir Humphry Davy in 1809, the light bulb was advanced by Thomas Edison and his invention of the carbon filament in 1879. In 1906 the General Electric Corporation introduced the first tungsten filament, a filament that would not off gas and turn the inside of the bulb dark. By 1910, the process of producing tungsten filaments had been improved and the cost had been reduced, making it the most practical filament for mass production. Tungsten filaments are used in most incandescent bulbs today.