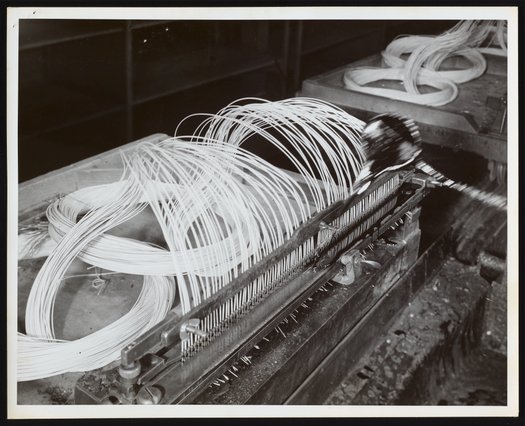 Close-up view of a molten compound, likely a mixture of sulfur, graphite, and mica, being poured over the tip of lead wires to form the plugs of electric blasting caps produced at the Hercules Powder Company plant in Port Ewen, New York. Per a photo caption from the March 1955 edition of the Hercules Mixer, the ladle moved too fast for the camera's lens and needed to be retouched prior to publication.