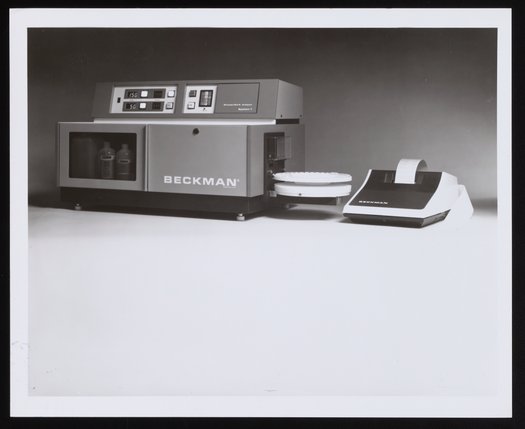 This instrument, introduced in 1974, can run both blood glucose and blood urea nitrogen (BUN) analyses.

The Glucose Analyzer was developed by James Sternberg in 1969 and was one of several very successful medical testing and analysis instruments that Beckman Instruments produced in the 1970s. Its size, speed, and price enabled doctors to get fast, in-house results, instead of sending patients’ blood samples to a lab and awaiting a report. This work was the launching point for his other innovations using electrochemical methods for the measurement of blood urea nitrogen (BUN), chloride, carbon dioxide, cholesterol, and uric acid.