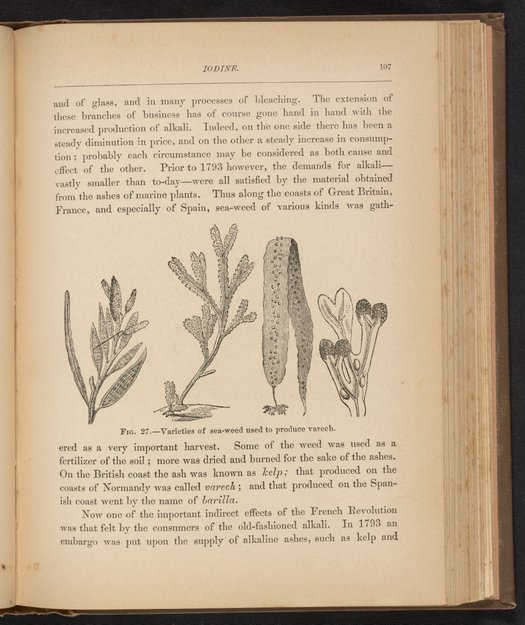 Black and white illustration depicting several varieties of sea-weed used to produce varech, also known as kelp. The accompanying text describes various applications of sea-weed, including as a fertilizer and source of alkali.