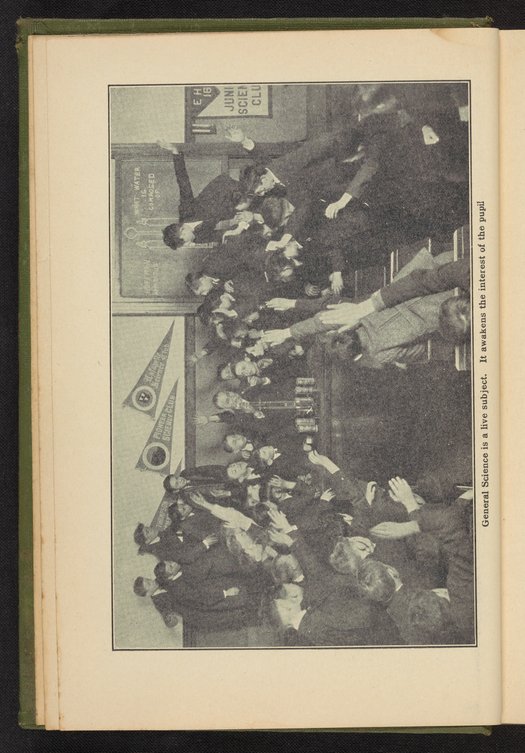 Junior high school or high school-aged male students gather around a teacher who is conducting a scientific experiment. Several students have their hands raised. Pennants on the wall list "Pioneer Science Club" and "Lafayette Science Club." A chalk board illustrates the Hoffman apparatus and states "what water is composed of." Caption underneath photograph reads "General Science is a live subject. It awakens the interest of the pupil."

Tower, Samuel Francis. “Students Gather around a Teacher Who Is Conducting a Scientific Experiment.” The Science of Common Things; a Textbook of General Science. New York, New York: D.C. Heath and Company, 1922. https://digital.sciencehistory.org/works/3r074w10w.

Students gather around a teacher who is conducting a scientific experiment