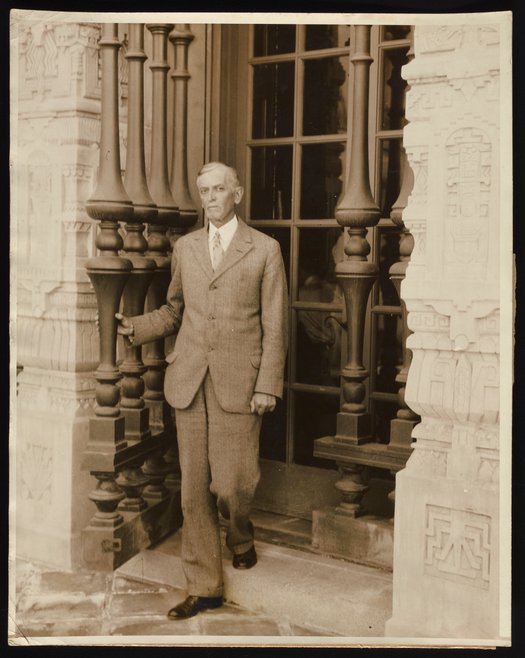 Portrait of Dr. Arthur A. Noyes (1866-1936) posed in the doorway of the Chemical Library of the Gates Chemical Laboratory at the California Institute of Technology in Pasadena, California. Per notations accompanying the portrait, this photograph was taken shortly after Dr. Noyes was awarded the Davy Medal by the Royal Society of London in recognition of his work in the field of physical chemistry.

Arthur Amos Noyes (1866-1936) received his B.S. (1886) and M.A. (1887) in Chemistry from the Massachusetts Institute of Technology and his PhD from the University of Leipzig in 1890. As a professor of chemistry at MIT, he established and served as director of the Research Laboratory of Physical Chemistry before assuming the directorship of the Gates Chemical Laboratory at the California Institute of Technology in 1920. Over the course of his career, Noyes also served as President of the American Chemical Society and the American Society for the Advancement of Science and was named an honorary fellow of the Royal Society of Edinburgh.