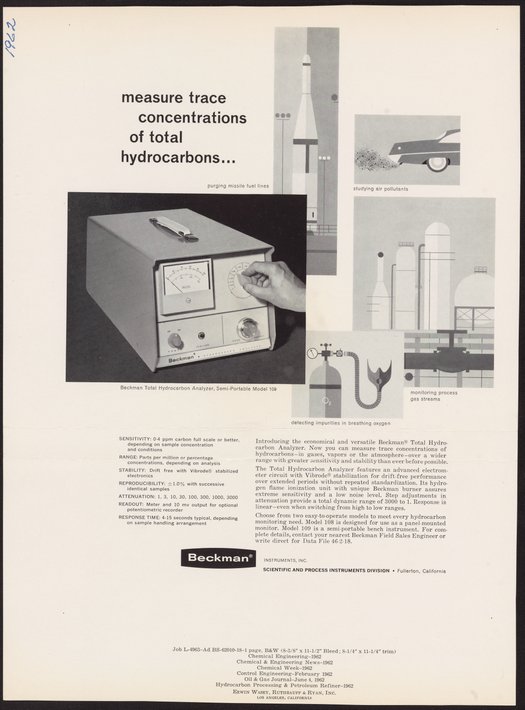 Beckman Instruments became interested in measuring, controlling, and fighting air pollution in the late 1940s and early 1950s, when company president Arnold O. Beckman became the scientific advisor to the Los Angeles Chamber of Commerce’s Air Pollution Control Officer. Many of the instruments that were developed by Beckman Instruments in the 1940s and 1950s as standalone items became incorporated into or repurposed as smog-fighting systems.