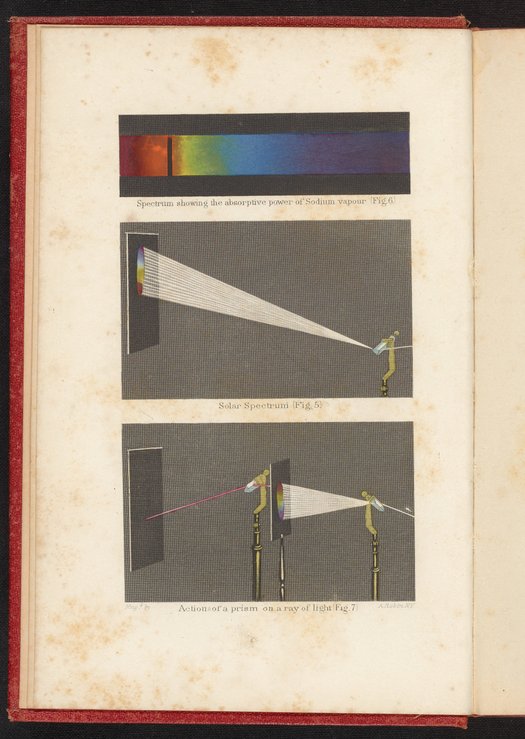 Frontispiece illustration contains three figures. Figure six is entitled "Spectrum showing the absorptive power of Sodium vapor," which is a spectrum of sodium. Replicating Sir Isaac Newton's (1642-1727) discovery, figure five is entitled "Solar Spectrum" and shows a ray of light passing through a prism, which projects a spectrum onto a surface. Figure seven is entitled "Actions of a prism on a ray of light" and shows light passing through successive prisms with a screen containing an aperture to refract the violet ray. Further explanation can be found on pages 89-91.

This frontispiece illustration comes from The Phenomena and Laws of Heat by Achille Cazin. Frontismatter and select illustrations have been digitized from this work on the laws of heat.