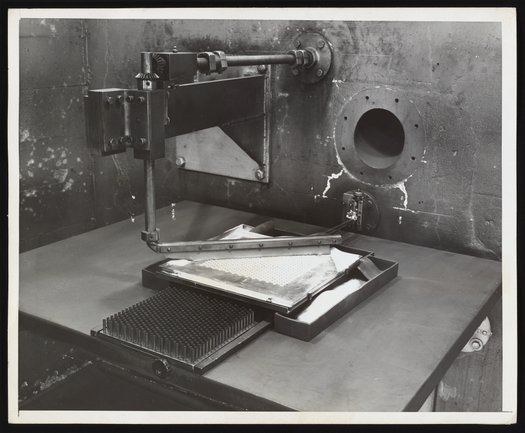 Close-up view of the Charge and Press machine used to fill shells with an explosives charge the Hercules Powder Company plant in Port Ewen, New York. After the charge was pressed into the bottom of the shells, the shells were sent to the Filling Room, where wired plugs were inserted before the shells were packed for shipment.