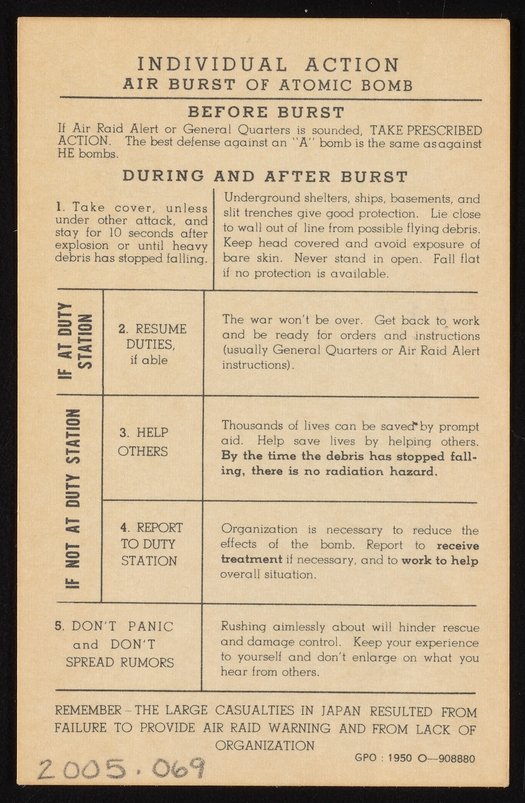 Informational card printed by the United States government outlines what to do before, during and after the detonation of a nuclear bomb with the verso explaining the effects of an atomic bombing. 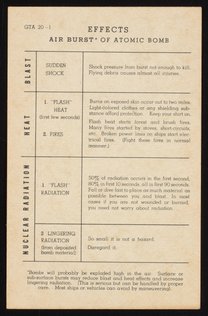 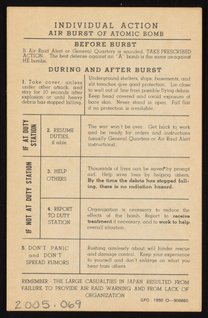