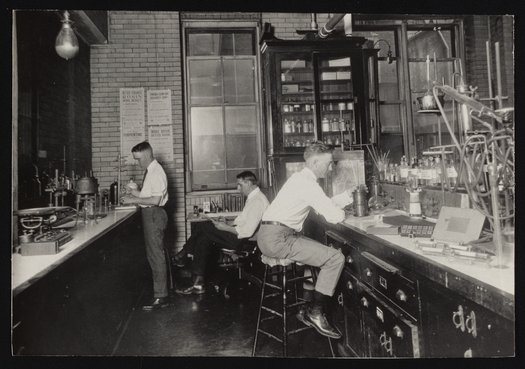 General view of three employees at work in the Bureau of Chemistry's Naval Stores Investigation Laboratory, a division of the Leather and Paper Laboratory. Assorted laboratory glassware and apparatus, as well as notices concerning rosin and turpentine, are visible in the photograph. Part of the U.S. Department of Agriculture, the Naval Stores Laboratory researched agricultural products like pine sap that were utilized to manufacture soap, paint, varnish, and other industrial products.