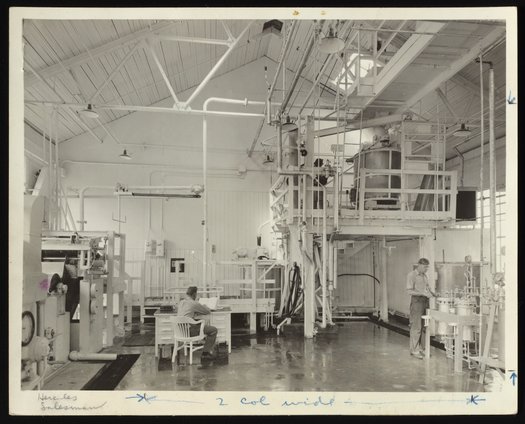 General view of the interior of a portion of the Hercules Powder Company plant facilities in Hopewell, Virginia, with view of assorted industrial apparatus and machinery and several unidentified employees. The Hopewell plant produced so-called "chemical cotton," a purified cellulose obtained from raw cotton linters, as well as ethyl cellulose commonly purchased by a variety of public and private industries as a raw material for use in plastics, films, lacquers, and other materials.