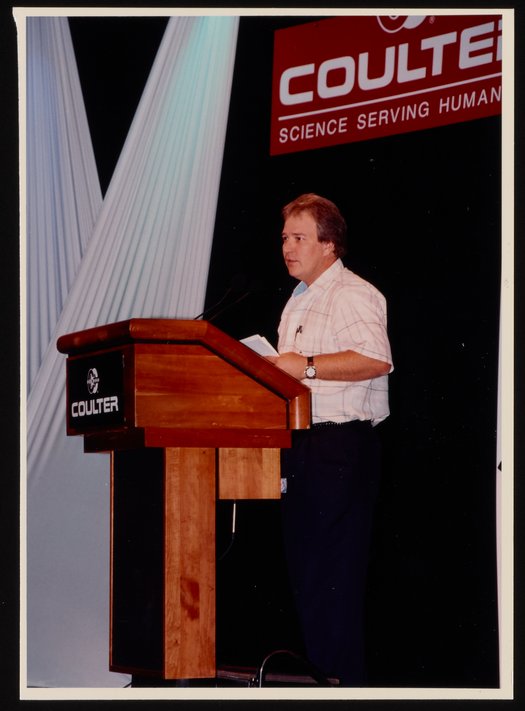 Joseph Coulter III, standing behind a podium beneath a Coulter banner, addresses the audience at an unknown event.

His uncle and father, Wallace and Joseph Coulter, founded the Coulter Corporation to market Coulter Counters, instruments for blood cell analysis patented by Wallace Coulter in 1953. Originally run out of a basement in Chicago, the business formally incorporated in 1958 and relocated to Miami in 1961. The Coulter Corporation produced an array of research and clinical instruments, antibodies, and reagents. Beckman Instruments acquired the company in 1997 and changed its name to Beckman Coulter, Inc. the following year. 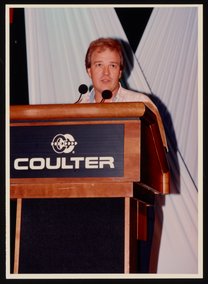