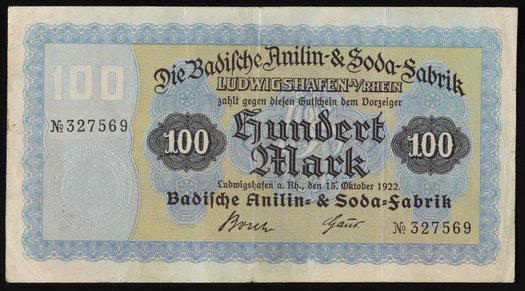 This Hundert Mark Gutschein, or one hundred Mark voucher, was issued by Badische Anilin- & Soda-Fabrik. Styled after a banknote, the frontside includes an embossed stamp with the verso outlining the terms of the voucher. This particular voucher was issued at Badische Anilin- & Soda-Fabrik's main manufacturing facility in Ludwigshafen, Germany. Paper features a watermark design.