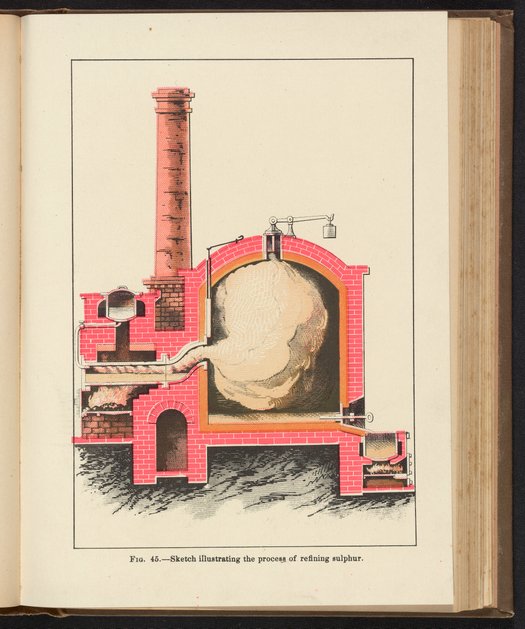 Color plate illustrates the process of refining sulfur. As seen on the left side of the illustration, crude sulfur is heated over a coal fire which produces a sulfur vapor. This vapor passes into a stone or brick chamber where it condenses on the walls as yellow crystals or a powder referred to as flowers of sulfur. The fire is extinguished after the desired amount of flowers of sulfur are collected.