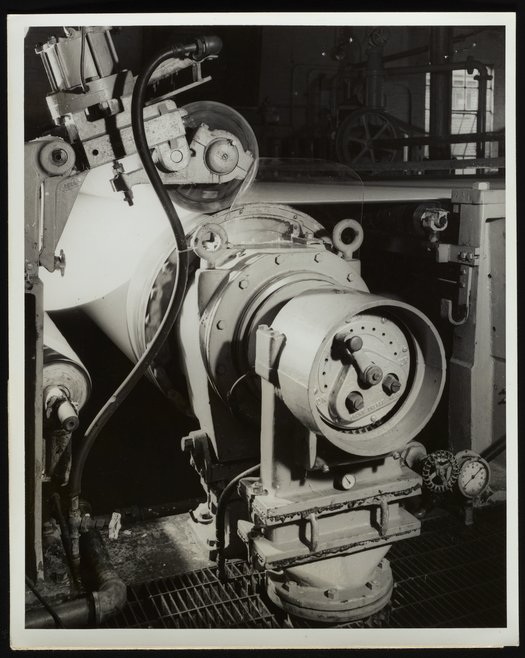 Close-up view of a Fourdrinier machine in use at the Hercules Powder Company plant in Hopewell, Virginia. Per notations accompanying the photograph, this Fourdrinier machine was used to dewater sheets of so-called "chemical cotton," purified cellulose obtained from raw cotton linters, manufactured at the plant. Invented in France in 1799 by Louis Robert, the Fourdrinier machine uses a conveyor belt to input a slurry of fibers and drain off excess water, subsequently forming a continuous sheet for further drying by suction, pressure, and heat. The machine is named for Henry and Sealy Fourdrinier, who improved upon and patented the design in 1801.

Fourdrinier machine in use at Hercules Hopewell plant