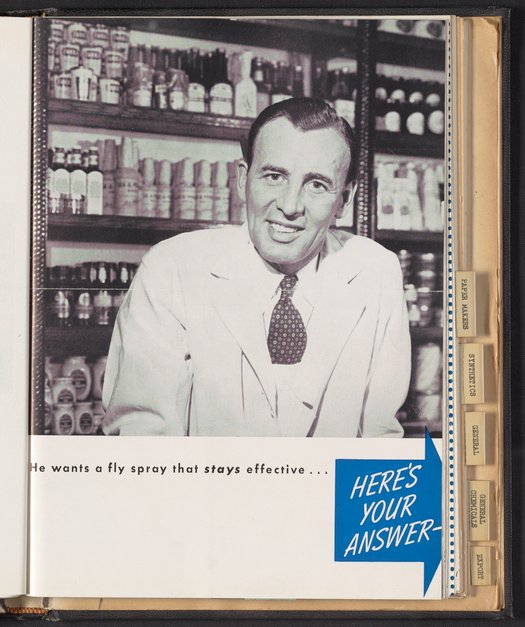 Four-page pamphlet advertising Thanite and other toxicants manufactured and sold by the Hercules Powder Company for use in pesticides and insecticides. Formed in 1912 as part of an anti-trust settlement with DuPont, the Hercules Powder Company (later Hercules Inc.) initially specialized in the manufacture of explosives and smokeless powders and subsequently diversified its business to encompass a variety of industrial products, including pine and paper chemicals, synthetics, pigments, polymers, and cellulose. 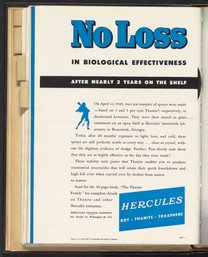 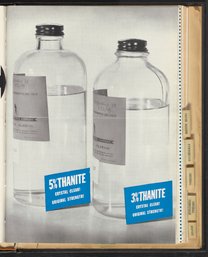 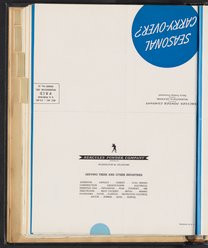 He Wants a Fly Spray that Stays Effective...Here's Your Answer