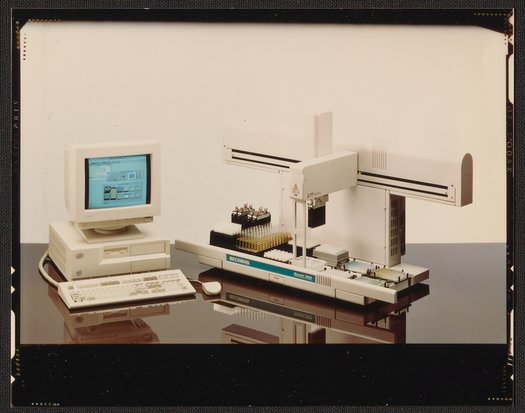 Beckman's Biomek workstations debuted in the mid-1980s and additional models were released over the next two decades. The Biomek 2000 was released in 1994.