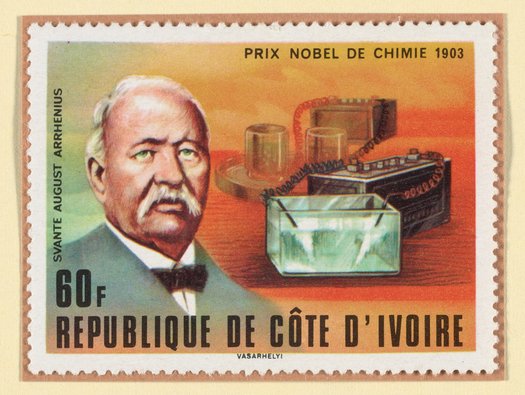 Stamp commemorating the Swedish chemist, Svante Arrhenius (1859-1927), whose portrait is featured on the stamp. Arrhenius is considered by some to be the father of physical chemistry and won the 1903 Nobel Prize in Chemistry. Among his accomplishments he determined that increases in atmospheric carbon dioxide increase the Earth's surface temperature through the greenhouse effect, leading him to conclude that human-caused carbon dioxide emissions are large enough to cause global warming.