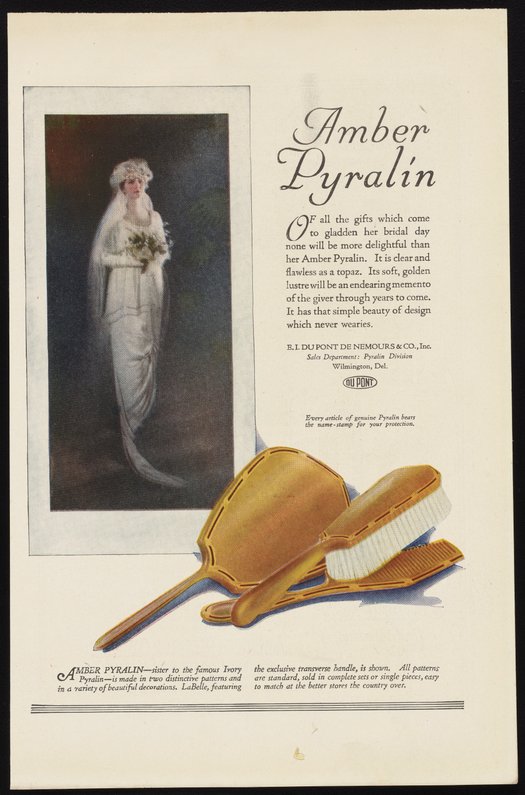 Color printed advertisement for Amber Pyralin, a brand name for Du Pont celluloid, depicts a bride holding a bouquet of flowers. An image of a brush, comb and mirror made with amber pyralin is depicted in the lower half of the page.

In the United States during the 1860s, John Wesley Hyatt experimented with cellulose nitrate. In 1865, Hyatt became involved in devising a method for producing billiard balls from materials other than ivory. Originally using mixtures of cloth, ivory dust, and shellac, he patented in 1869 the use of collodion for coating billiard balls. The patent came one year after his collodion material was introduced commercially.

John W. Hyatt and his brother Isaiah took out U.S. Patent 105,338 in 1870 for a process of producing a horn-like material using cellulose nitrate and camphor. Although Parkes and Spill had mentioned camphor in their work, the Hyatt brothers recognized the value of camphor as a plasticizer for cellulose nitrate. In 1872, the term "celluloid" was coined by Isaiah Hyatt to describe the Hyatts' commercially successful product.