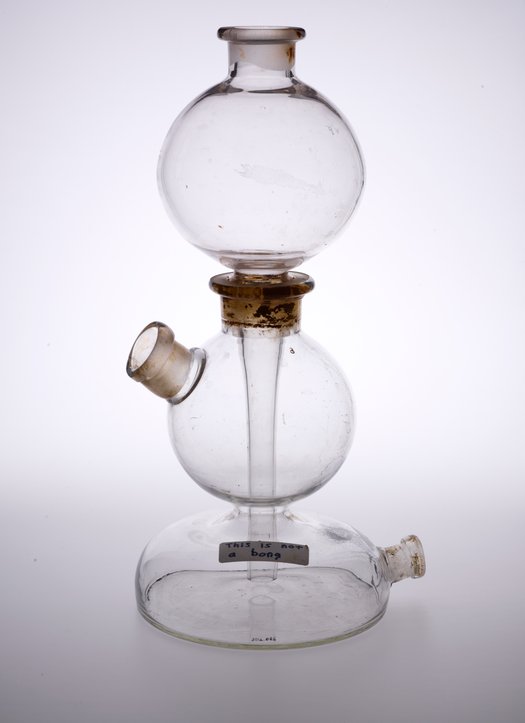 A Kipp's apparatus, also called a Kipp generator, was an instrument designed for the preparation of small volumes of gases. The instrument was invented around 1844 by the Dutch pharmacist Petrus Jacobus Kipp (1808-1864) and was widely used in chemical laboratories and educational demonstrations into the second half of the 20th century. It fell out of use in the latter half of the 20th century as most gases became readily available in small gas cylinders. The glass apparatus consists of three vertically stacked chambers, roughly resembling a snowman. At the center of the top chamber is a tube that extends through its center into the bottom chamber.

Prior to 2012, this particular instrument had been displayed in a science classroom at Palisades High School, Kintnersville, Pennsylvania, as a historical piece of chemical equipment. After concerns by the school administration about the connotations associated with the object's shape, the high school students added the label seen on the front of the apparatus which reads "This is not a bong." The school's principal ultimately decided it should no longer be displayed. 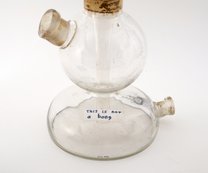