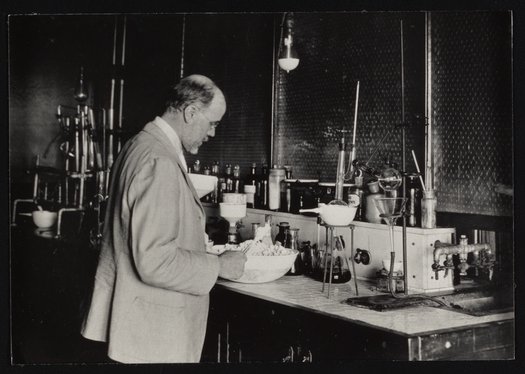 General view of an employee conducting an analysis of an unidentified substance in the Bureau of Chemistry's Nitrogen Laboratory. Part of the U.S. Department of Agriculture, the Nitrogen Laboratory conducted investigations into substances, including nitrogen, hydrogen, and carbon, formed due to the decomposition of food, as well as analyzed the nitrogen content of assorted foods, fertilizers, and cattle feeds.