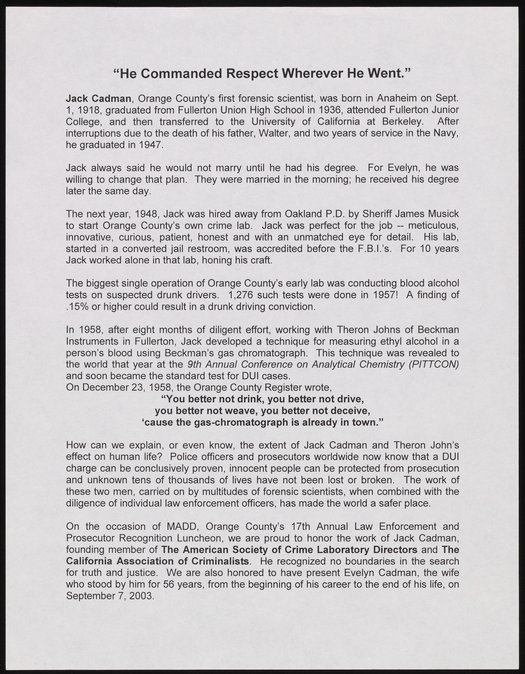 Jack Cadman was the first forensic pathologist to work in the Orange County, California criminal justice system. As part of his duties, he worked with Theron Johns of Beckman Instruments to find a way to measure blood alcohol levels using a gas chromatograph. One local newspaper was so impressed it wrote a song about this new crime-fighting method, to the tune of "Santa Claus is Coming to Town."