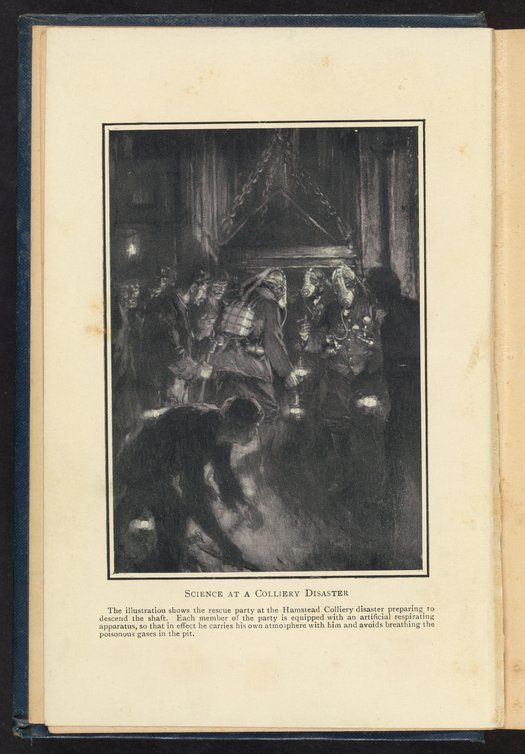 Entitled "Science at a Colliery Disaster," frontispiece plate depicts a scene from the Hamstead Colliery mining disaster of 1908, which occurred in Hamstead, England. The rescue party wear respirators while performing a search and rescue mission within the mine, which is filled with poisonous gases due to the fire. Twenty six men were killed in one day due to the mine fire.

Frontispiece: Scene from the Hamstead Colliery mining disaster of 1908