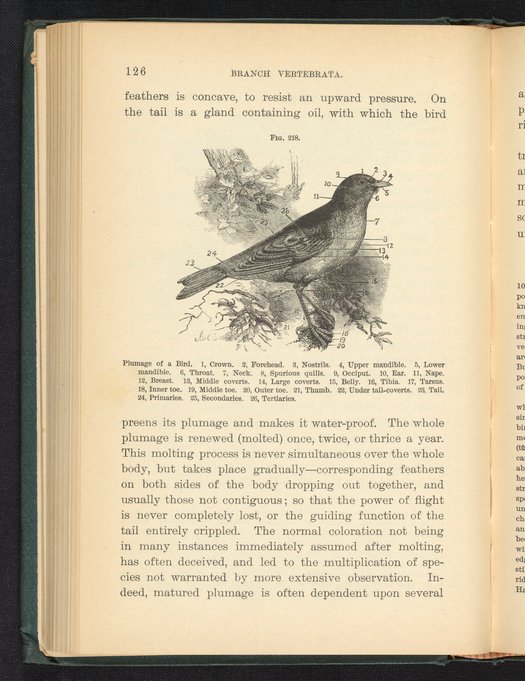 Figure 218 of the 1887 volume Popular Zoology depicting the plumage of a bird, with view of a variety of parts, including the upper and lower mandibles, spurious quills, and tail-coverts.