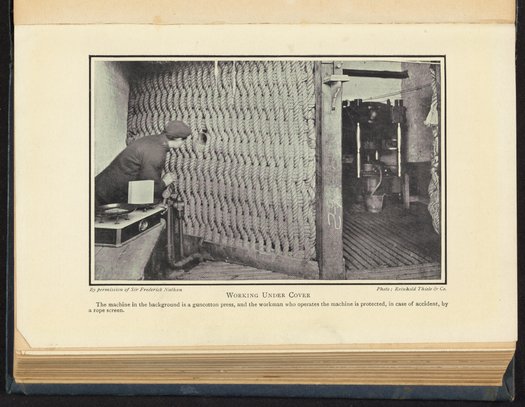 Entitled "Working Under Cover," photographic reproduction depicts a man guarded by a rope screen as he operates a guncotton press. Guncotton, or nitrocellulose, is used in explosives.