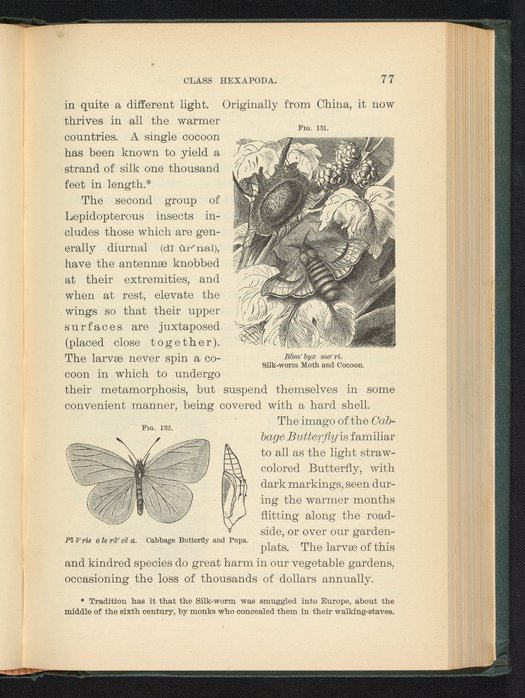 Figures 131 and 132 of the 1887 volume Popular Zoology. Figure 131 depicts a silk-worm moth and cocoon. Figure 132 depicts a cabbage butterfly and pupa.