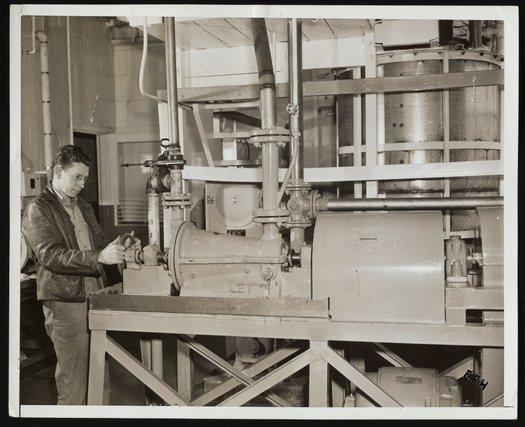 General view of employee Andrew Roberts operating pulping equipment at a Hercules Powder Company pilot plant in Hopewell, Virginia. This pulping equipment was likely used to produce dissolving pulp, also known as dissolving cellulose, a bleached wood pulp or cotton linters with a high cellulose content. Dissolving pulp derives its name from the fact that, rather than being used to produce paper, it is typically dissolved in a solvent or homogeneous solution and subsequently can be used to create a range of products, including textile fibers, plastics, films, and thickening agents.