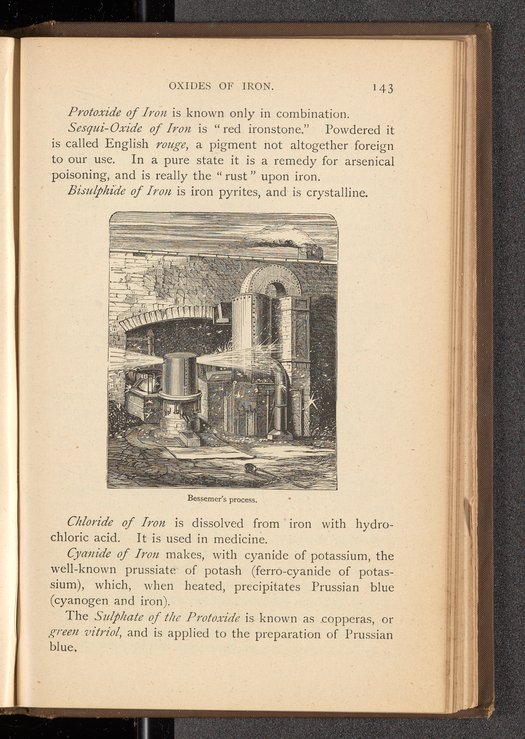 Black and white illustration depicting a chamber with bursts of heat emitting from either side. The scene represents an environment in which the Bessemer process may be conducted. The Bessemer process, developed by Sir Henry Bessemer (1813-1898), is a steel-production process using extreme heat to separate excess amounts of carbon and impurities from an iron sample. The illustration accompanies text describing heavy metals and their commonly occurring compounds.

“Bessemer's Process.” Wonders of Electricity and the Elements, Being a Popular Account of Modern Electrical and Magnetic Discoveries, Magnetism and Electric Machines, the Electric Telegraph and the Electric Light, and the Metal Bases, Salt, and Acids. London, England: Lock Ward, 1870–1900. https://digital.sciencehistory.org/works/axtfkn6.