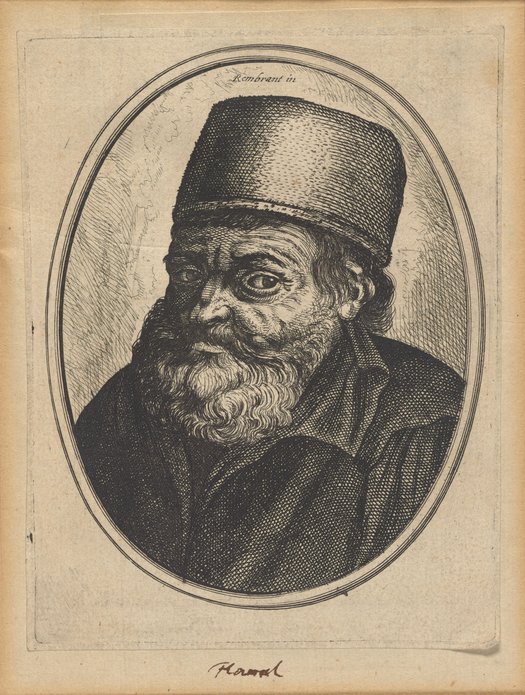 This etching, after a print by Balthasar Moncornet, in turn after a drawing by Rembrandt, claims to display a portrait of the French manuscript seller Nicolas Flamel (1330-1418). Flamel, along with his wife Perenelle, ran a successful shop as a scribe and bookseller, and were in later years known for their many pious acts of charity. Centuries later, however, Flamel emerged in alchemical literature, portrayed as a master adept who had achieved the secret discovery of the philosopher's stone, granting himself and his wife immortality. The mythologized fame of this 'legendary' Flamel has endured since the 17th century.