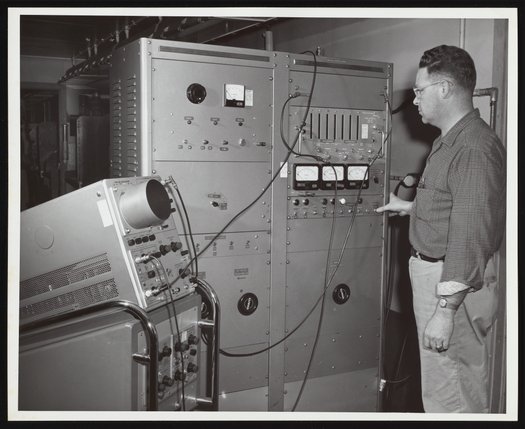 General view of an unidentified employee operating a Beckman (Berkeley Division) Time Interval Meter at the Hercules Powder Company plant in Port Ewen, New York. Time Interval Meters were commonly used for a range of industrial applications, including ballistics research and to measure the timing of relays and shutters, as well as viscosity, velocity, and elasticity.