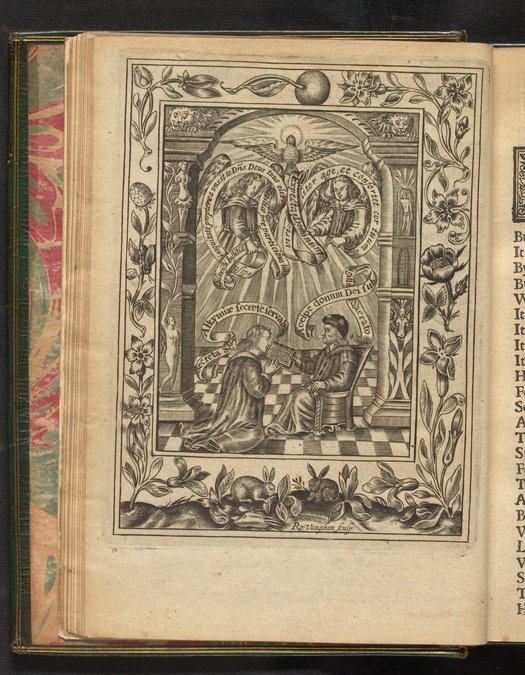 This 17th-century engraving is from Thomas Norton's The Ordinall of Alchimy and was made after a 15th-century illuminated manuscript (now preserved in the British Library). Norton, a practicing alchemist, depicts the secrecy with which alchemical knowledge was to be treated. The master abjures the student to "Accept the gift of God under a sacred seal," while the student replies "I shall preserve the secrets of holy alchemy in secrecy."