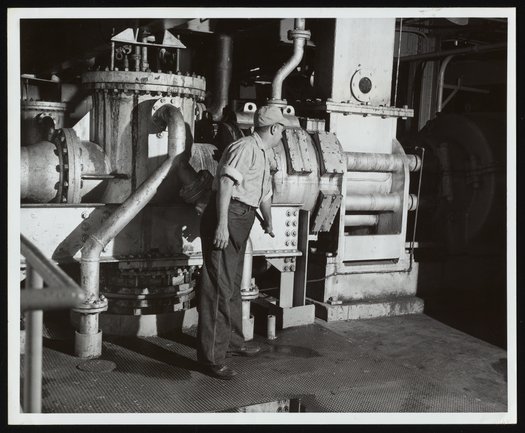 General view of the charging end of a continuous digester used at the Hercules Powder Company plant in Hopewell, Virginia. The continuous digester system was likely used to process cellulosic fibrous materials, such as chemical cotton (purified cellulose obtained from raw cotton linters), manufactured at the plant. The employee visible in the photograph is unidentified.