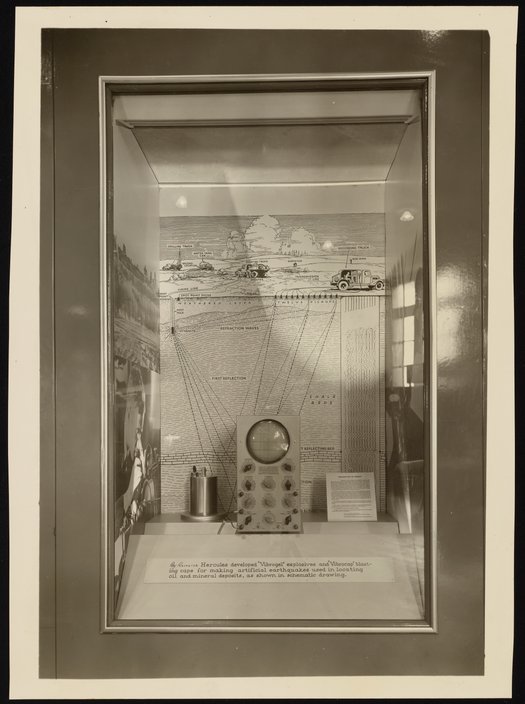 General view of an exhibit panel for Vibrogel explosives and Vibrocap blasting caps manufactured and sold by the Hercules Powder Company.