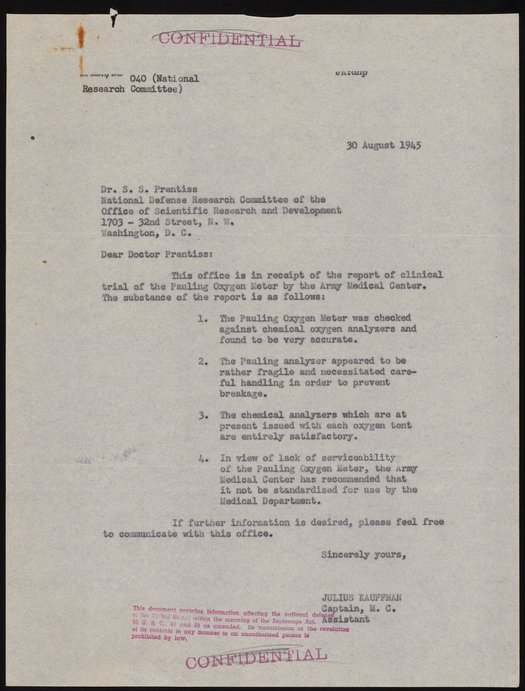 Letter summarizes the final report produced by testing the Pauling Oxygen Meter at the Army Medical Center. The final recommendation of the report is that this oxygen meter should not be standardized for use by the U.S. Army's Medical Department.