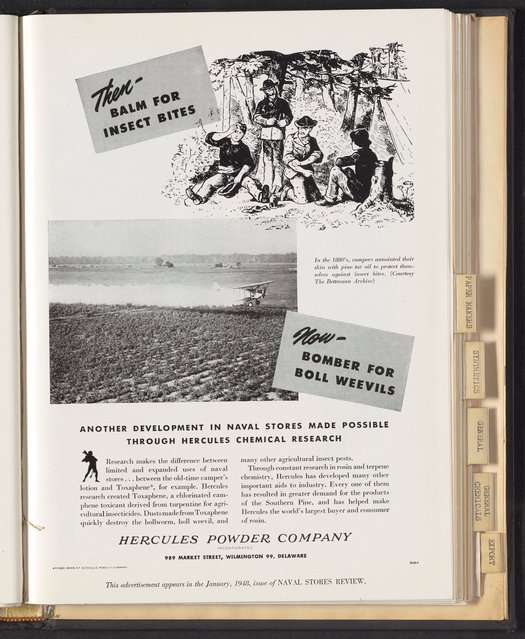 Advertisement for Toxaphene chlorinated camphene toxicant manufactured and sold by the Hercules Powder Company for use in pesticides and insecticides. The advertisement details the varied uses of naval stores past and present, highlighting Hercules' discovery and development of new products and uses. This advertisement appeared in the January 1948 issue of Naval Stores Review.

Then, Balm for Insect Bites...Now, Bomber for Boll Weevils