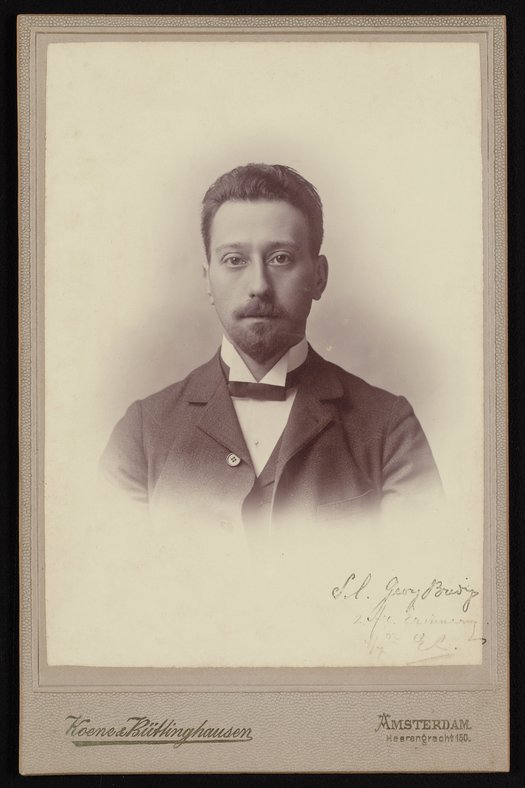 Portrait of Ernst Cohen (1869-1944) by Koene & Büttinghausen in the Netherlands.

Ernst Cohen, a Dutch scientist and professor, was known for his research on the allotropy of tin. Cohen worked under Svante Arrhenius (1859-1927), Henri Moissan (1852-1907), and Jacobus van 't Hoff (1852-1911). In 1902, he became van’t Hoff's assistant and a professor at the University of Utrecht. In 1933, like many Jewish scientists and academics, his career was cut short by growing restrictions of Jews in Nazi Germany. He was arrested and forced to resign when he refused to wear a yellow badge, known as Judenstern in German. In 1944, he was killed at Auschwitz concentration camp. 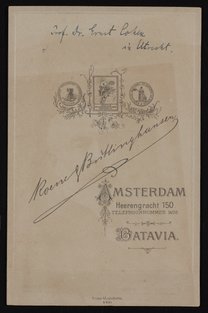