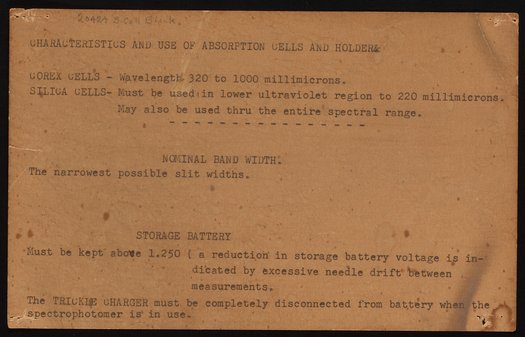 Characteristics and use of absorption cells and holder for DU Spectrophotometer