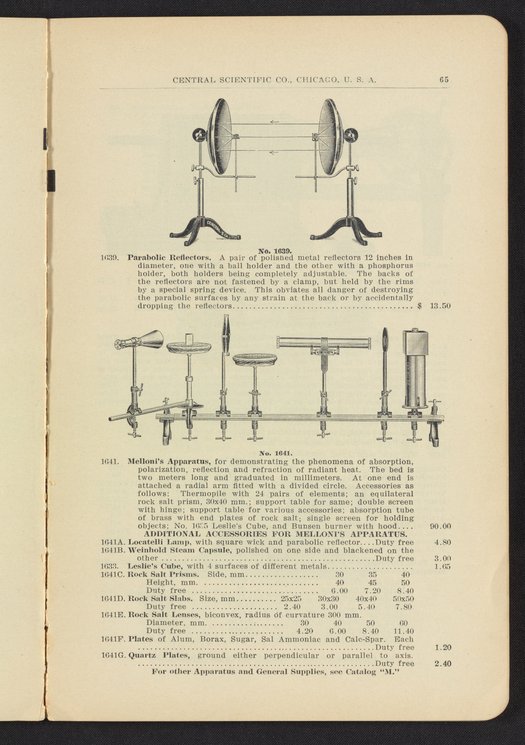 Catalog entries for Parabolic Reflectors, used to collect sound, light or radio waves,
and Melloni's Apparatus, for demonstrating the phenomena of absorption, polarization, reflection, and refraction of radiant heat.