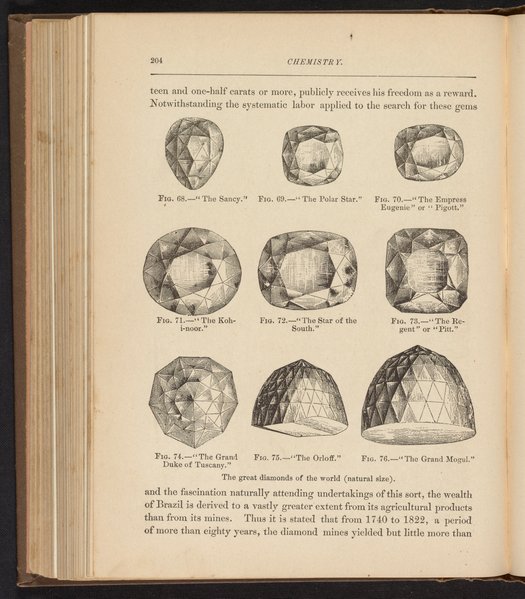 Figure 68. The Sancy
Figure 69. The Polar Star
Figure 70. The Empress Eugenie or Pigott
Figure 71. The Koh-i-noor
Figure 72. The Star of the South
Figure 73. The Regent or Pitt
Figure 74. The Grand Duke of Tuscany
Figure 75. The Orloff
Figure 76. The Grand Mogul

Figures 68-76: The Great Diamonds of the World (Natural Size)