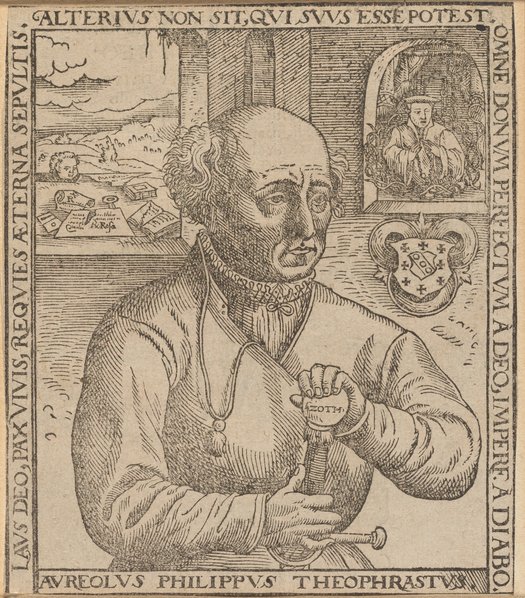 Paracelsus is shown as a man of advanced years with a balding head and a thoughtful, lined face. He grasps the pommel of a sword bearing the inscription "Azoth" in his hand and stands before a shield bearing his family crest. Believed to be the universal solvent, universal cure, and elixir of life (elixir vitae), the Azoth is said to embody all medicines, as well as the first principles of all other substances, and Paracelsus was said to have achieved the Azoth. The Latin motto surrounding this portrait praises "every perfect thing" as belonging to God, while "unfinished" things are relegated to the devil: "Laus Deo, Pax Vivis, Requies Aeterna Sepultis. Alterius Non Sit, Qui Suus Esse Potest. Omne Donum Perfectum A Deo, Imperf. A Diabo."

Attached to the back of this print is another print, also depicting the figure of Paracelsus. This was probably done by a prior collector who owned both prints, perhaps to show two different ideas of Paracelsus' appearance. 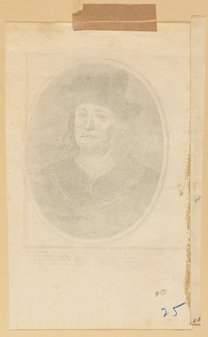