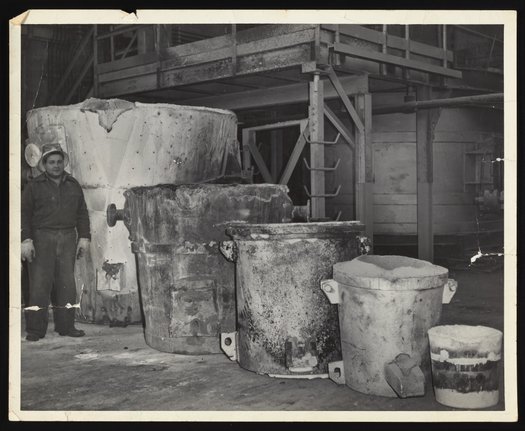 General view of an unidentified employee posed with assorted ferroalloy stockpiles at a Vanadium Corporation of American plant facility, likely in Cambridge, Ohio. Vanadium Corporation plants commonly produced a range of ferro and aluminum alloys of vanadium, titanium, boron, and silicon for use in the iron and steel industries.