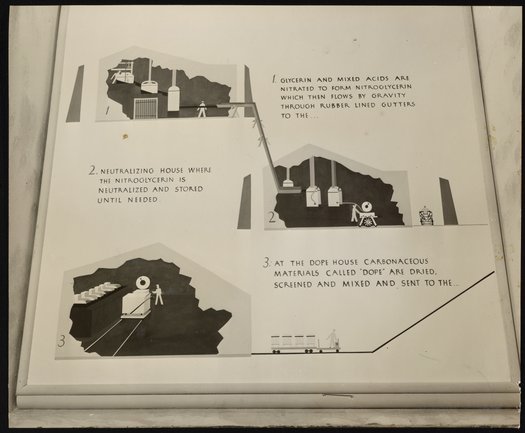 Two photographs of exhibit panels depicting steps in the processing, manufacture, and packaging of explosives sold by the Hercules Powder Company. 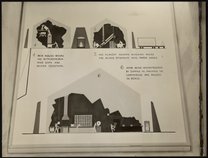