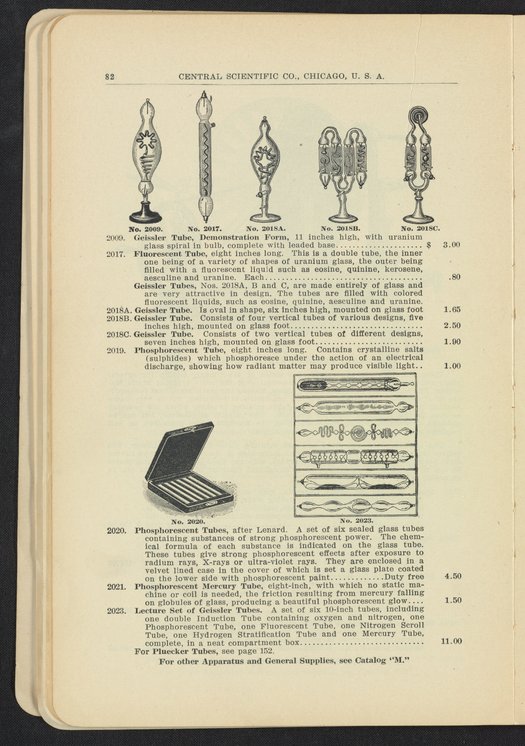 Catalog entry for various geissler tubes for demonstration purposes. Invented by the glassblower, Johann Heinrich Wilhelm Geissler (1815-1878), a light is produced when an electric current is passed through the rarefied gas-filled tubes.